BALSIS invites you to Liepaja on Saturday!

BALSIS Youth Choir invites everyone to the concert hall “Lielais Dzintars” in Liepaja for their anniversary concert, SVĒTKI, on April 8, 2017 at 6.30pm celebrating the 30th year of the choir’s formation.

Liepaja will be hosting a range of cultural and sporting activities on April 8 and, as a result, the railway’s “Pasažieru vilciens” is organising a special train (Route 887) which will run on that day from Rīga to Liepaja stopping at: Jelgava,Dobele,Saldus and Skrunda, leaving Riga Central Station at 8.50am. The return journey (Route 888) on April 8 will commence at 9.55pm, stopping as before and reaching Riga April 9, at 1.00am. Tickets for these jouneys can be purchased as usual at the stations.

On April 8, Liepaja will be hosting the running race “Jēkaba kross”, an international dance sport competition “Dzintarlāse 2017”, an endurance race “Liepājas spēks 2017”, a folk dance festival “Aprīļa pilieni”, and “Piafa” a performance by the Liepaja Theatre Company – but most importantly, the weather forecast is good!

The concert “SVĒTKI!”  will fill the large hall of Liepajas “Lielais Dzintars” with sounds, lights and other media forms starting from 6.30pm. In the first part of the concert, the choir, in its current configuration, will perform works from across the globe which will be accompanied by stunning visual and spatial effects created by Peteris Brīninš and supported by DJ Monsta. The task of setting the mood for the second part of the concert has been entrusted to video artist Anita Priedīte and stage designer Aigars Ozoliņš. In this part, the words of Latvia’s poets will be entwined with music by some of Latvia’s most famous composers. The 100 voice choir and soloists will be conducted by Ikauniece, Kupčs, Teterovskis, Tomsons, acoompanied by Maskats and the MC Orķestris, and so it continues... with Orests Silabriedis as MC. 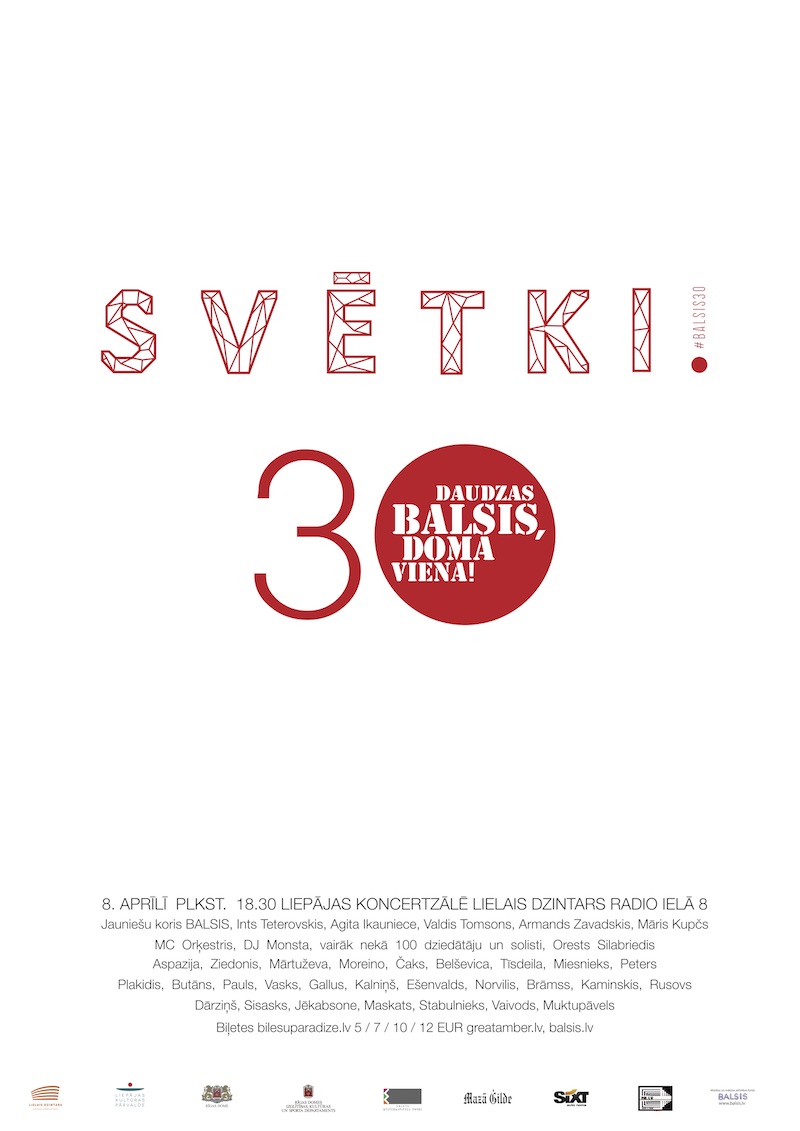